It has been a true privilege to represent the 87th district in the Missouri House since 2010, however due to term limits, the 2018 session will be my last.

As a voter just like you, I want our next state representative to represent the progressive values and commitment to social justice that the 87th district has reflected through a strong legacy of champions for decades before me.

So I take my endorsement of candidates very seriously.

As you know, I have been solidly committed to protecting reproductive rights and gun violence prevention for the past 17 years.

I want who next represents me to also be focused on keeping elected officials out of women’s private physician offices and to fight for common sense gun prevention. These two issues have been my ultimate passion for a long time and are shared by the majority of Missourians, as well as the majority throughout the country. We cannot afford to go backwards by attacking constitutionally protected rights as well as continue to loosen gun laws and ignore daily gun violence massacres.

For that reason, I am strongly endorsing Ian Mackey for State Representative, 87th District in the August 2018 election. 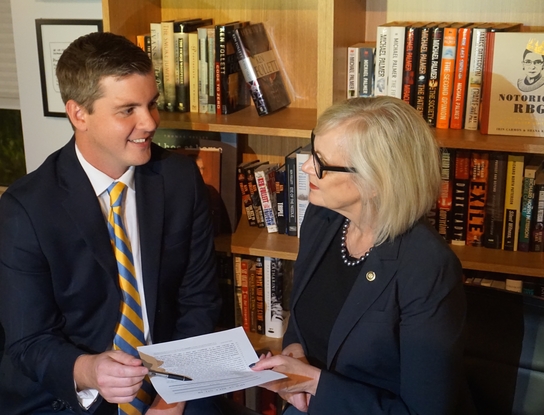 Ian has been a close family friend since 2008.  A Westminster College graduate (of Winston Churchill fame) with a bachelors degree in early childhood education, he taught eight years before receiving his J.D. and becoming a practicing attorney. Ian has worked at both Arch City Defenders and the St. Louis City Circuit Attorney’s office, learning both sides of the judicial system.

Ian is unique in that he has taught preschool from a HeadStart school in southern Missouri to one at Harvard University in Boston – and is passionate about expanding access to early childhood education and universal free kindergarten for every single child in Missouri, regardless of zip code.

He is also angry as I am, that adults are not held criminally responsible in Missouri when a child, even a toddler, accesses an unsecured firearm and shoots someone and has vowed to continue my work to make that law (HB362). Missouri has ranked #1 in the country in toddler shootings which is totally unacceptable.

Reproductive rights?  Ian testified and lobbied against punitive reproductive health bills during the 2017 session and the Governor’s Extraordinary Special Session on Abortion and has been a consistent public supporter of Planned Parenthood and NARAL Prochoice Missouri.  We need more legislators, particularly men, who will speak up loudly in the Missouri House in favor of reproductive rights, in committee and on the House floor and Ian will.

Equal rights? Ian understands the gravity of constitutional rights applying to everyone, including himself.  He was legally able to marry his longtime partner, Stephen Eisele, several years ago, something unimaginable when he was growing up as a gay young man in southern Missouri. The idea of attacking Missourians of diverse sexual preference and identity, race, faith, or gender is personally repulsive to him.  I am proud he is a strong advocate against hate and bigotry. 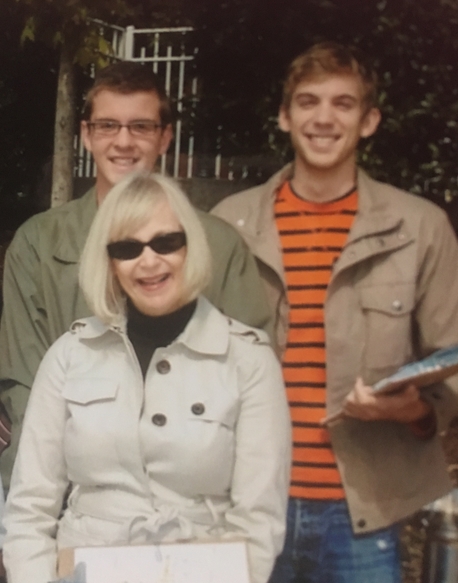 Public service?  Ian already knows that well.  During college he worked for former Secretary of State Robin Carnahan in Jefferson City and then managed my own 2008 and 2009 legislative campaigns.  He and Stephen have worked and volunteered on numerous bipartisan races across the country, including urban and rural legislative races, presidential campaigns and a statewide ballot initiative to restore collective bargaining rights for public employees.

Ian also knows you.  He knows the district. With me, he has knocked the 87th district numerous times often in unbearable summer heat, talking to hundreds of voters about their concerns.  He knows the unique attributes of our community, including our nationally esteemed Washington University in St. Louis and  award winning school districts.  Ian knows well what voters in the district care most about.

(Ian Mackey & Stephen Eisele knocking doors with me in 2009)

The best about Ian?

He always says yes.  Yes to volunteering in the community, mentoring kids, driving to Jefferson City for a hearing on a moment’s notice, rallying and marching for justice or just helping to cleanup his neighborhood.  Ian stood by me when I lost my first race in 2008 and quit his job overnight to move into my home and manage my sudden special election in 2009.  When I asked for help in the first of my 2012 elections, he immediately took vacation time and flew across the country to work beside me without hesitation.

I admire him for his dedication to civil rights and public service since he was young teen, his intense drive for higher education by paying his own way through college & law school and his intuitive belief that being silent in the face of injustice is flat out wrong.

I believe in Ian as he believed in me nine years ago.

Ian is who I want to represent me in the State House.

Please join me in supporting Ian to be the next state representative of the 87th House District.

Go directly to www.IanMackey.com and sign up for his email.